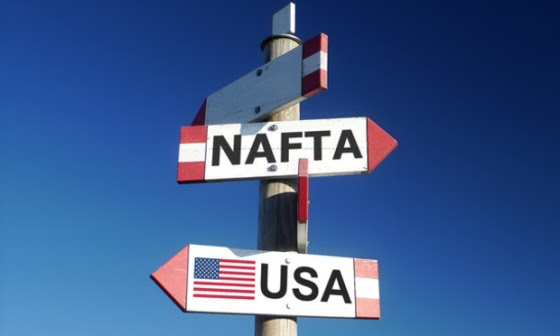 According to Inside US Trade,in the third round the NAFTA renegotiation (September 23-27, 2017), the United States has put forward several possible changes to the existing rules related to textile and apparel in the agreement:

USTR’s proposal to remove TPL in NAFTA has met strong opposition by theU.S. apparel industry, fashion retailers, and brands as well as their partners in Mexico and Canada. According to these industry groups:

A potential compromise could involve a reduction in Canadian and Mexican TPLs to the U.S. and an increase in the U.S. TPLs to Mexico and Canada, which could boost the U.S. trade surplus in textiles and apparel with its NAFTA partners and throw a bone to the U.S. textile industry by ostensibly incentivizing domestic production. 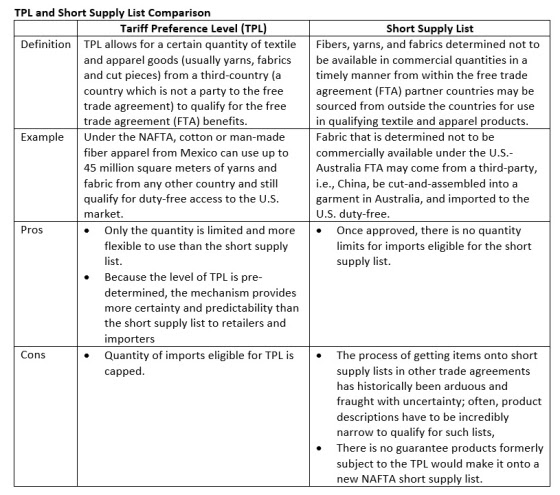 The TPL mechanism has played a critical role in facilitating the textile and apparel (T&A) trade and production collaboration between the United States and Canada, in particular, the export of Canada’s wool suits to the United States and the U.S. cotton or man-made fiber apparel to Canada. Statistics from theOffice of Textiles and Apparel (OTEXA) show that in 2016 more than 70% of the value of Canada’s apparel exports to the United States under NAFTA utilized the TPL provision, including almost all wool apparel products. Over the same period, the TPL fulfillment rate for U.S. cotton or man-made fiber apparel exports to Canada reached 100%, suggesting a high utilization of the TPL mechanism by U.S. apparel firms too (Global Affairs Canada, 2017). Several studies argue that without the TPL mechanism, the U.S.-Canada bilateral T&A trade volume could be in much smaller scale (USITC, 2016). Notably, garments assembled in the United States and Canada often contained non-NAFTA originating textile inputs, which failed them to meet the “yarn-forward” rules of origin typically required for the preferential duty treatment under NAFTA.